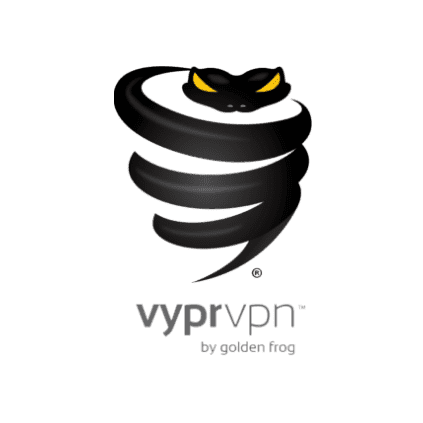 VyprVPN is a VPN provider owned by Switzerland based company Golden Frog. It’s worth mentioning that VyprVPN’s parent company has played a critical factor in the fight for online privacy ever since the first dawn of the Internet. According to their website, when Golden Frog discovered that the NSA was illegally spying on citizens by tapping the AT&T network cables, they filed a formal complaint with the FCC. However, their attempt to exposing the issue and making it public was ignored. So, they decided to take matters into their own hands. But are they doing a good job at that? That remains to be seen in this review. Privacy-concerned users will be glad to know that VyprVPN was the first publicly audited No-Log VPN Provider. This was the result of the privacy audit performed by independent cybersecurity company Leviathan Security, back in 2018. Then there’s the jurisdiction. And this where the water gets kind of murky. You see, even though Switzerland resides outside of the five, nine, and fourteen eyes agreements, they have dubious data-retention laws. For instance, the Swiss police can snoop on all forms of communications – such as email, phone, text messages, and IP address – for a period of 12 months.

With a fleet of only 700 No Log VPN servers, it’s safe to say VyprVPN is not of the behemoths of the VPN industry when it comes to server size. However, don’t be too quick to judge. Because there’s more than meets the eye with this VPN provider. First of all, all servers are owned by the company. Secondly, you can pick between servers from over 70 locations worldwide. And last but not least, VyprVPN gives you access to over 200,000 IP addresses. And if you’re concerned about overloaded or unavailable servers, you’ll be pleased to discover that VyprVPN has a dynamic server switching that prevents that from ever occurring.

On their websites, VyprVPN brags about being the fastest VPN worldwide. However, during our time of reviewing VPNs, we’ve learned that it’s hardly unusual for providers to hail their service as the best, the fastest, or the safest. Unfortunately, more often than not, statements like that do more harm than good, and unless their claims are 100% true, VPNs would be better off without them. Such is the case with VyprVPN. Due to the fact that we set our expectations bar really high (based on the bold statement found on their website), we were a bit underwhelmed when the results came in. Even though the speed drops were not that significant (we lost 24% of our download speed when connected to a server that was near our testing location and around 45% when connected to a US-based one), we were somewhat disappointed because VyprVPN was not the fastest VPN we tested.

It’s worth noting that besides the regular VPN apps for Windows, Mac, Android, or iOS, VyprVPN also has apps for QNAP, Blackphone, or Anonabox. There are also detailed VPN Router guides for DD-WRT, Tomato, AsusWRT that allow you to encrypt any device. The native Windows app is simple to install and use. When you first open the app, it automatically picks the fastest server for you to connect to. The main screen shows information about your location and connection status. There are three more buttons at the bottom where you can open the server lists or settings menu. Users have plenty of options to pick from, including the possibility to trigger a VPN connection each time you connect to an untrusted WiFi network.

VyprVPN’s customer support team is available in English, Spanish, French, and Turkish. If you have an urgent issue to discuss, there is live chat support available 24/7 via the website. It’s also a welcome surprise to find out that support is provided by in-house professionals and not externalized. There’s also a section dedicated to answering the most common questions about a VPN service plus detailed guides about setting up VyprVPN on other supported platforms.

It seems to be a common practice for VPNs to offer users three different pricing plans. And, you guessed it, the longer the period you opt for, the more you’ll save.

Payment options include credit card, Alipay, and Paypal, but no cryptocurrencies, unfortunately. If you plan to get a VyprVPN subscription, it’s also worth sharing the fact that you’ll be able to secure up to 5 devices simultaneously.

At the end of the day, VyprVPN offers nearly all you could wish for from a VPN. It has a proven No-Log policy, and a good choice of protocols including OpenVPN, L2TP/IPsec, and PPTP. Plus, the fact that it owns its own servers goes a long way towards guaranteeing their users’ privacy. Plus, it’s also one of the few VPNs that work in China, thanks to its ChameleonTM protocol. The only concerns arise when it comes to Switzerland’s surveillance laws and the limited number of available servers.